Our story so far: My husband Tyler and I bought a 126-year-old Methodist church and spent nine months demolishing the interior and renovating it into a home. And we weren’t done yet. 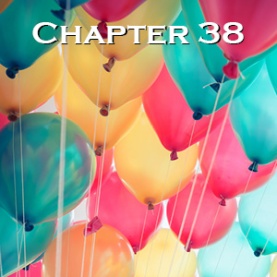 Tyler was a late August baby some fifty years ago, and he woke up early on his birthday the year we were renovating the church.

It was half past 3 o’clock.

Which is an eye-opener even for him.

He was tired, but couldn’t sleep, and his joints ached. Six weeks of all-out effort since our last break had taken a toll on his body.

I understood only a fraction of his complaints because I was still half asleep, but I remember clearly I couldn’t even squeeze in a “happy birthday, honey” before he said he was a “stressed-out wreck.”

Wrangling various contractors, who didn’t always see things the same way and argued about it loudly even though we were working inside a former peace-filled church, and making a thousand decisions a day was exhausting. On top of that, he was feeling the pressure of a self-imposed deadline of applying the last coats of polyurethane to the floors before we left to go camping over the long Labor Day weekend. And weeks ago, I made dental appointments for the both of us at 8 o’clock.

Oh, boy, maybe buying and renovating a church wasn’t such a good idea, I thought in my sleepy haze punctuated by Tyler’s tossing and turning.

He finally got out of bed an hour later, and even though I really wanted to fall back to sleep in our warm and now motionless bed, I didn’t get the chance.

Tyler bellowed from the kitchen, “Where is the filter cap?!”

We used an AeroPress manual coffee maker (it really makes the best coffee), but sometimes we lose the filter or the filter cap in the garbage when we dispose of the used coffee grounds. Apparently, whoever used the coffee maker last the previous day—or possibly me when I cleaned up the kitchen though surely I couldn’t have been so sloppy—dropped the filter cap in the garbage. And I had efficiently taken out the garbage the night before, which meant I had to get out of bed to help look for the lost cap which led to us having to dig around yesterday’s cold coffee grounds and other detritus in a garbage bag outside.

After waking up a bit more and resolving the coffee maker debacle, Tyler suggested we bring our insulated cups of java inside the church. He dragged the rolling office chair and a folding chair into the center of the sanctuary, where sunshine was beginning to stream through the now-clear-glassed windows. We were alone in the church, before any contractors showed up.

Low Talker, our painter, had finished painting the trim and walls of the sanctuary the day before. The room was bright and clean looking. Even though there were tools of various sorts all over the place, just as there had been pretty much nonstop for nine months, we could see how the room was going to look when we were done.

“We’ve come a long way,” I said, attempting to coax out the optimistic morning Tyler I knew and loved.

He was a little reluctant to cheer up. But it was hard to resist sitting in the huge, sunshine-filled room we would soon be living in.

“It’s going to look kick ass,” he said, with an emphasis on the word “kick.”

“I couldn’t get in a word edgewise while you were complaining,” I said.

“We just need to power through a few more days,” I said. “Then you’ll get a break.”

One thought on “Wake-up call”