Our belfry has a little room on the second story beneath the bell.

The space is about 8 feet square. Not big enough for a bed but it would make a huge closet (in fact, the space beneath it on the first floor is a closet).

We chose to build a closet elsewhere on the second story so the belfry room could be something else. I toyed with making it my office, but the window (which was covered up when we purchased the church) is too high to see out of when seated. I decided it would make a great library. We haven’t finished the work, but the space has been much improved. 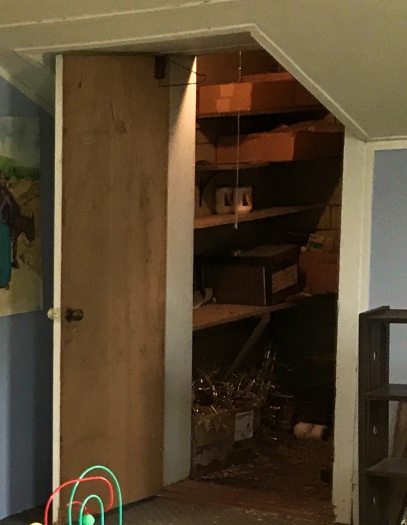 It was a scary place when we began demolition. Filled with miscellaneous boxes and Sunday school supplies, it was dark and dirty. The room is not ducted, so it’s cold in the winter and hot in summer. We found out later that piles of animal detritus filled the space above it (beneath the bell); I can only imagine the dust and junk that fell from that space every time the trap door on the ceiling to the bell was opened. 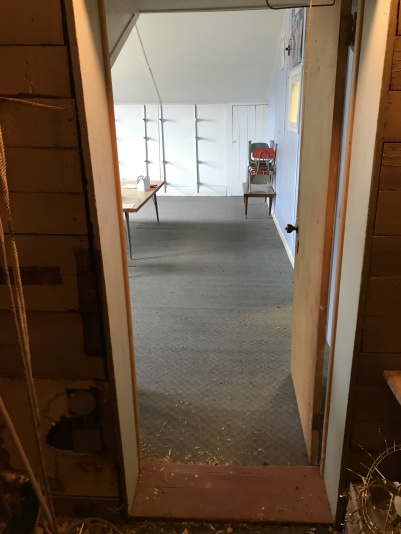 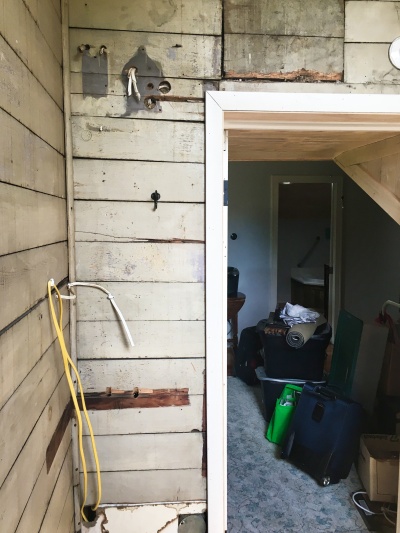 These both look like after photos (looking back into the second story from the little room), but trust me, the little room is much cleaner in the photo on the right.

Much progress was made just by cleaning it out. Oh, the power of soap and water. We also uncovered the exterior window (it had a bullet hole in it) and replaced the boring hollow-core door to the room with a windowed door we found elsewhere in the church. Light makes the little room so much more pleasant.

Though I don’t have pictures of it, I painted the interior in the same silver gray we used elsewhere in the house. We decided to leave the original shiplap exposed, but we definitely need to build more shelves for all my books.

We will also put a little bench on the side opposite the shelving for a reading nook, but the one I have in mind needs a new paint job (a project and a post for another day).

~ Quasimodo in the Disney version of The Hunchback of Notre Dame

One thought on “Quasimodo’s library”